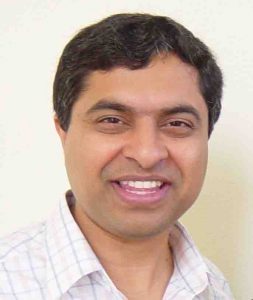 I am a professor of physics in the Department of Physics, University of Wisconsin in Madison, Wisconsin, USA. My scientific interest is in the study of elementary particles. We probe unresolved questions about the current standard theory of matter and energy, and enable an even deeper level of knowledge about fundamental interactions in nature.

My research work is conducted with the UW High Energy Physics group, on the CMS experiment at the CERN laboratory in Geneva, Switzerland. Lately I have been romanticizing about helping develop R&D plans for building compact lepton colliders and possibly bringing one such research facility back to the US soil.

The physics adventure of CMS continues after the discovery of the long sought Higgs boson, in which my group played an important role. The study of highest energy collisions of protons created using LHC will thoroughly map out the Standard Model of particle physics, including detailed study of the properties of the Higgs boson. With the large accumulation of data in 2015-18 LHC operation, at an unprecedented 13 TeV center of mass energy, our focus is on search for new physics processes. Of primary interest is a search for an elementary particle candidate that can explain the dark matter, which makes up the bulk of our Universe. We are also engaged in building upgraded equipment for CMS trigger, data acquisition and computing systems in preparation for a 10-fold increase in data that we anticipate to collect by 2040.

In the previous decade, I worked on the BaBar experiment at the SLAC laboratory in Stanford, California, where we studied short lived particles called B-mesons that were produced profusely in electron-positron collisions at the SLAC B-Factory. Our measurements there, resulted in detailed understanding of asymmetries between matter and antimatter behavior and placed strict limits on the level of new physics contributions to flavor physics.

Further in the past, I participated in the ZEUS experiment at DESY laboratory in Hamburg, German and several SLAC fixed target experiments. We measured proton structure and other strong interaction physics.  I also helped in construction and operation of the SLD experiment, which made precision measurements of the Standard Model parameters, exploiting polarized electron beams at the first and only linear collider at SLAC.

I chaired the department of physics for four years 2018-21, during which time I had the pleasure of hiring a highly qualified and diverse set of faculty and staff to the department, address changing graduate student needs, enhance the fund-raising efforts resulting in several named professorships and research funds for the faculty and staff, and also improve our administrative processes.

My family includes: Girija Mittagunta, Anjana Dasu and Govinda Dasu . My parents are: Vimala Dasu, and Damodara Dasu . Karnatik music, classical dance forms and vegetarian cooking define our family’s and my primary interest. My father’s popular website of karnatic music translations, SangeetaSudha, and its corresponding mobile application developed by my son, Govinda Dasu, and his company, Learning Dollars, Inc, are available for download: iOS, and Android. He also has a good blog about our family recipes.

More of me and  My Space