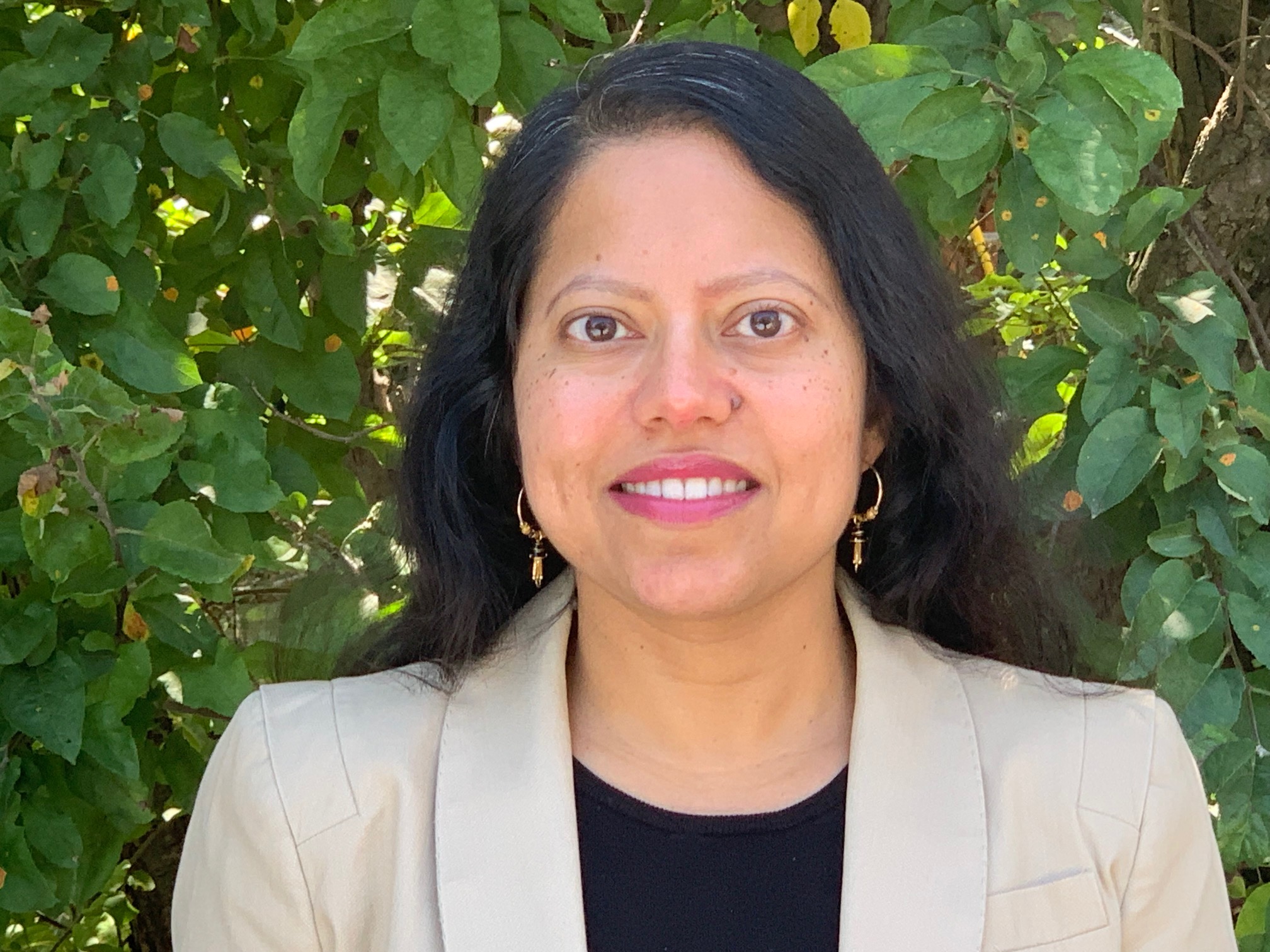 Tulika Bose is a Professor of Physics at University of Wisconsin-Madison and is currently serving as the Deputy Project Manager for U.S. CMS Software & Computing. She has recently served a two-year term (2017-2019) as the Physics Co-coordinator for the CMS experiment at CERN. She previously served as the CMS Trigger Co-coordinator (2014-2016). Her physics interests on CMS include precision measurements of Standard Model processes and searches for new heavy gauge bosons and top quark partners. She has been elected a fellow of the American Physical Society. Her work has also been recognized by a prestigious Alfred P. Sloan fellowship and a CMS Distinguished Researcher award. Bose has a keen interest in outreach and has given many public lectures and interviews and also organized various events reaching out to high school students. She has served as a member of the Fermilab Users’ Executive Committee, the US LHC Users Association Executive Committee and more recently as a member of the APS Division of Particles and Fields (DPF) Executive Committee.

Tulika Bose received her B.A. from Cambridge University where she worked as an undergraduate on the measurement of the W mass at the OPAL experiment at CERN. Her Ph.D. research at Columbia University focused on a search for Bs oscillations at D0 and led to the first double-sided bound on the oscillation frequency in 2006. She helped install and commission the D0 Silicon Track Trigger and served as the onsite operations coordinator. Her post-doctoral research at Brown University focused on direct searches for new phenomena at the D0 and CMS experiments. She served as an on-call expert for the D0 data acquisition system and played a lead role in the commissioning of the CMS High-Level Trigger during the 7 and 8 TeV runs. As the CMS Trigger Coordinator, she was responsible for the operation of the trigger during the LHC Run 2 and for ensuring that CMS collected the necessary datasets for both discovery and precision physics. As the CMS Physics Co-coordinator Bose was one of two lead scientists charged with reviewing the entire scientific output of the CMS experiment. She helped define the goals and types of research that collaborators undertook in the hunt for new physics—i.e. theorized exotic particles and new unpredicted phenomena. Bose was also responsible for organizing activities to produce and review the physics results of the CMS experiment, whose collaborators publish over 100 papers each year. 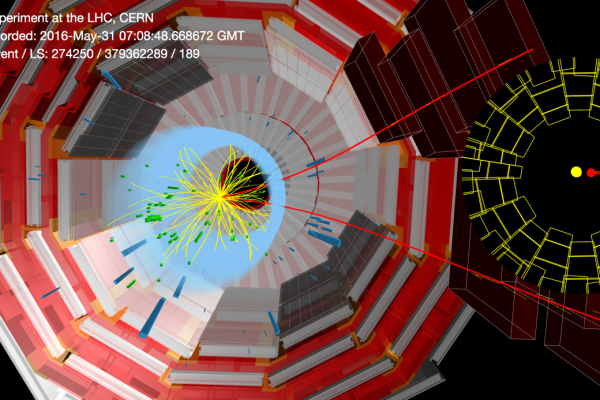 An event in which a candidate Bs meson decays into two muons, given by the long red lines. 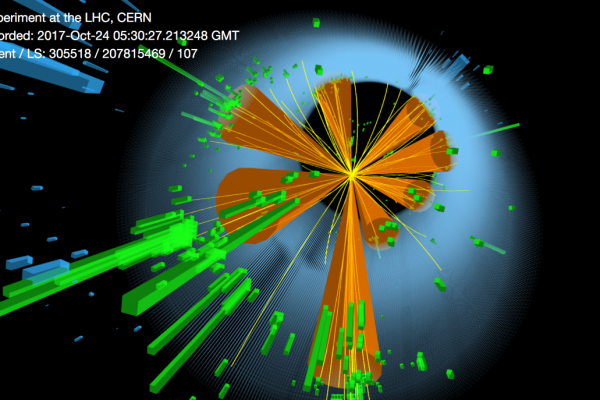 A ttH(bb) all-hadronic candidate event in which 8 jets (represented by the orange cones) are present. 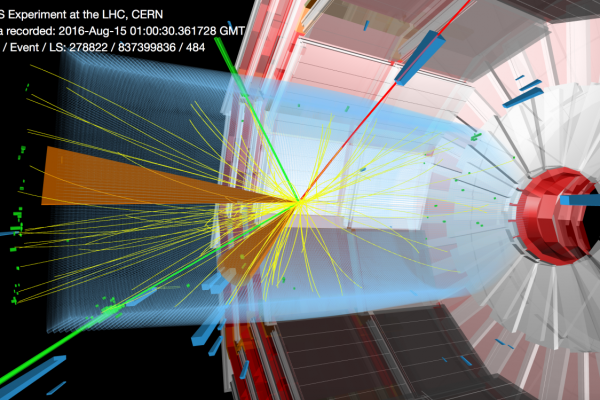 A candidate event in which a top quark is produced in association with a Z boson. 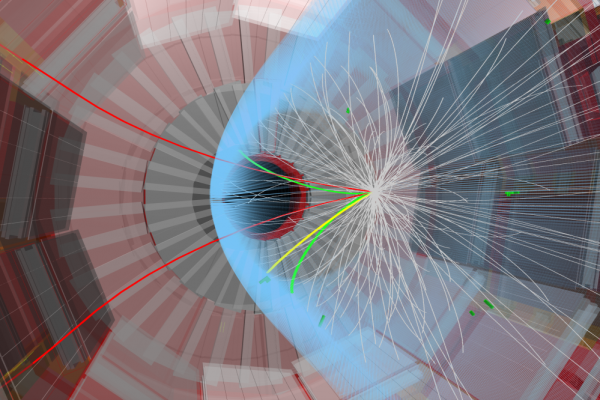 Display of a candidate event in which an excited charmed B meson is produced in the CMS detector. 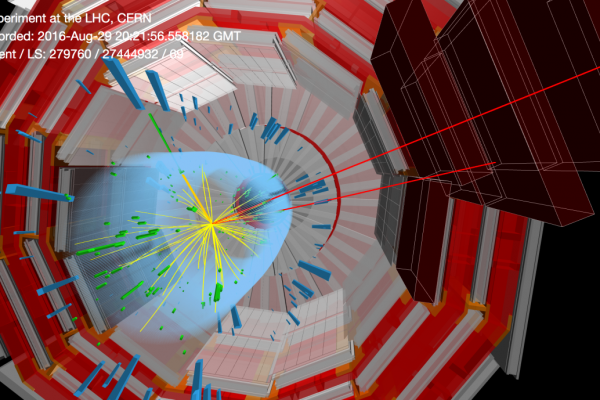 Display of an event featuring amuon-antimuon pair, a photon, and large missing transverse momentum in a search for "dark photons".